Here's a list of my short stories, in reverse publication order (most recent first). My novels are here.

(All Amazon links from this page earn me affiliate commissions above and beyond my usual author share. You pay the same amount but I get more of it. So if you want to give me maximum support, this is the place to start.)

"The Little Chouxmaker and the Elvis" 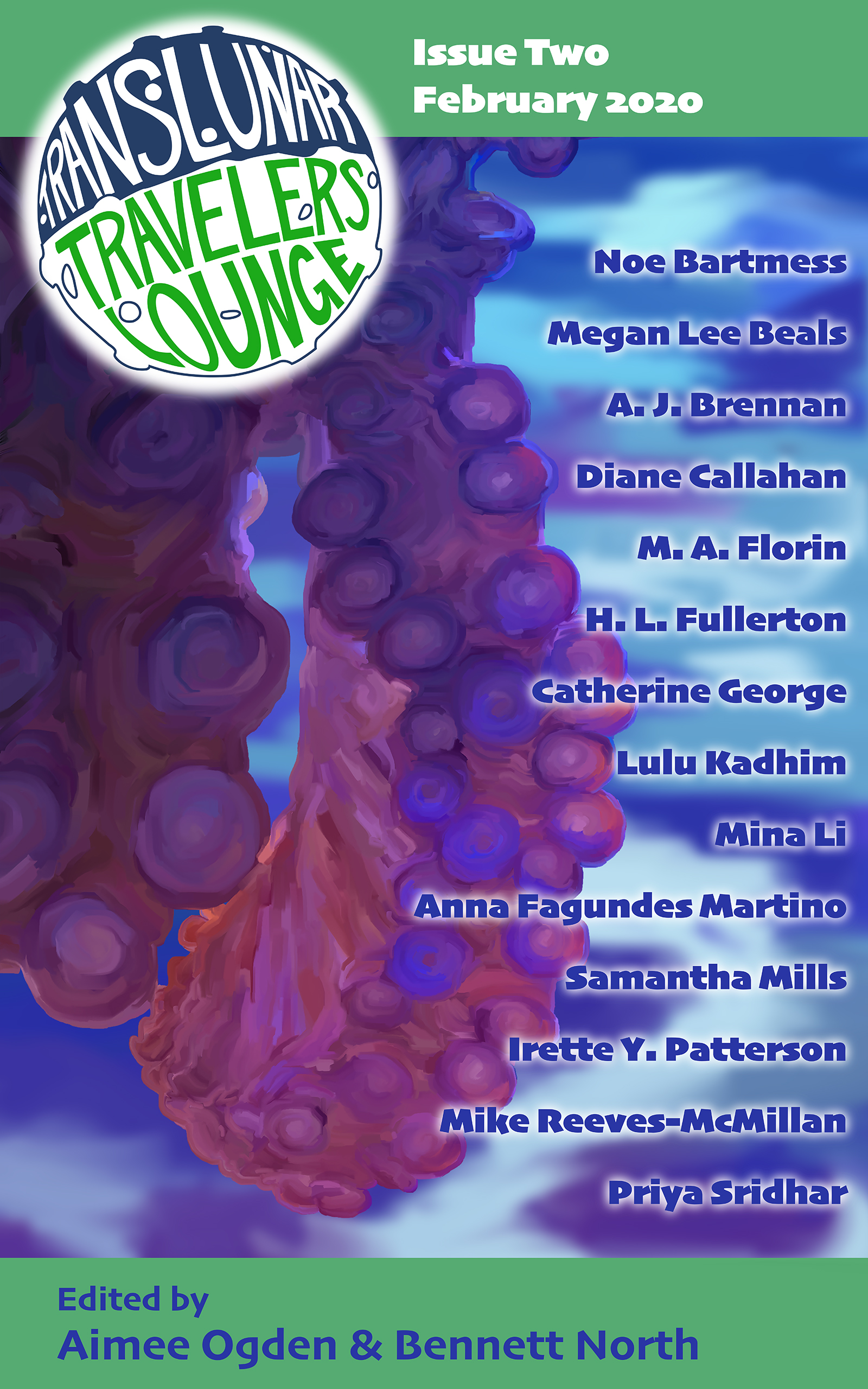 A maker of croque-en-bouche in Las Vegas, who's more than she seems, meets an Elvis impersonator who's more than he seems in quite a different way. Hijinks ensue.  Reviewed by Charles Payseur: http://quicksipreviews.blogspot.com/2020/02/quick-sips-translunar-travelers-lounge.html

"Conspiracy in Theory and Practice"

Two disparate psychic investigators - a dignified, skeptical woman in grey and a credulous little man in loud tweed - arrive in a small rural town to look into reports of goblins. Can two scientists who've taken their own prosociality treatment deal with a politician who's only out for his own interests?

A young woman struggling to get to the top as a social media influencer must decide what's most important to her, and who she really is.

Desperate to move on from a bad relationship, a young woman has all her memories of it removed.

"Alix and the Dragon"

The daughter of a duke (disguised convincingly as the son of a duke, to minimise problems while travelling) fetches an elderly wizard to deal with her father's dragon issue.

A flash piece in which two ideas collide: technical support for elderly family members, and their tendency to be credulous.

A fated hero passes through the Gate of Worlds at key moments in his life, and we see his story unfold through the eyes of the Gatekeeper. Essentially, a 6-volume epic fantasy boiled down to a thousandth of the word count. (Accessible by subscribers to the website only.)

"Something Rich and Strange"

An Edwardian miss in an alternate version of our world finds her true self at the Change Storm, the bizarre natural phenomenon on which her professor father is a leading expert. Her father and his mansplaining assistant expect her to fall into the role of audience/love interest/impediment/rescuee that is the lot of professors' daughters in so many pulp adventure stories, but she has ideas of her own. ﻿(Link is to the audio version; text version for sale on Amazon.)

"There's a Tattoo, but the Robes Hide It" The Dread Lord's consort desperately wants to leave him. So desperately that she'll even consider making a deal with the trickster god. No way that's going to end badly.

Published in In Memory: A Tribute to Sir Terry Pratchett. A clever alchemist must solve several murders and protect the Sultan from assassination. A noir (or, more accurately, svart) tale set in a mashup of a sword-and-sorcery city and the 1930s New York of Damon Runyon, complete with Runyonese narration from the eponymous dwarf detective. Essentially a Western, in a slightly steampunked secondary-world fantasy setting (the setting of my Gryphon Clerks novels, but off to the side from the main events). A middle-aged shopkeeper is forced into a difficult choice when she's made the town's law enforcer. A mysterious event interrupts a routine shopping trip to my local mall.

"Where is Your Breath?" A tale of a smelly shaman and a pious Asterist scholar and their unlikely friendship. It doesn't, as yet, relate to any specific bit of continuity in the Gryphon Clerks novels, but it takes place in the same world.

Set just after Gnome Day (an important event in the Gryphon Clerks novels), this is the story of an elderly woman who discovers courage when she answers the classic question: Who is my neighbour? (Full text available on my website.) Because I want to sell as many of the stories as I can to magazines and anthologies first, and then have to wait for the rights to revert, this one is scheduled for late 2017 at the earliest, more likely 2018.