(This post is a draft for a chapter of my nonfiction book Writing Short: The Craft and Commerce of Short Stories. It refers to the Multi-Level Outline technique, which I explain in that book.)

I recently got a rejection for a short story which contained the following sentence:

While we did enjoy the premise of the story and its sense of wonder, we did feel the tale was rushed and the ending hard to understand.

The interesting thing about that feedback is that an earlier version of the same story had received this rejection:

I found the world interesting, but the pacing was slow for my tastes.

Let's be clear at the start that I'm not saying that either of these editors is wrong. They're probably both right, in fact. What their feedback did get me thinking about was pacing and how it works.

Pacing is about reader perception, first of all. It's a phenomenon that happens in the reader's head, but we can facilitate it, if not control it, by what we do on the page.

We've all experienced days that seemed to drag on forever, and days that seem to fly by. The difference was not the objective length of the day, but our perception of it, and a big part of that is how many salient events occurred.

By "salient events" I mean "events that stand out" or "events that get our attention". This doesn't have to be conscious attention.

There are, therefore, several different ways to control the pacing, and I'll start with the more "mechanical" one: the length of significant prose elements of your story.

What's a significant element? One that the reader will notice (however subliminally) when it changes.

At the lowest level, the length of the words you use will influence the reader's experience of pacing, not only because of the number of characters in them, but because longer words are usually less familiar, and relate to more complex concepts. This will slow the reader down as they figure out the meaning of the text.

After words come phrases. Clumping words into long phrases--the two-story, free-standing house that Jack built, the Air New Zealand Boeing 747 aircraft now arriving at gate 23--slows parsing, as the reader must make sense of the phrase as a whole, including figuring out where its boundaries are and how its internal structure works. This, in turn, slows pacing.

Punctuation can help to make more sense of a long phrase, particularly one with compound adjectives, like "a once-in-a-lifetime opportunity". Good punctuation leads to smooth reading, which is beneficial whether you are going for a fast or a slow pace.

Then there are clauses. Using complex clauses, again, will slow the reader down. Interrupting a sentence with an embedded clause, such as a parenthesis (like this one), slows the pace as the reader must work out how the parts of the sentence fit together.

The pacing effect of commas and commalike marks (such as semicolons and dashes) can go one of two ways. A good many of them are optional, grammatically speaking, though some are definitely not (for which is which, take a look at the "Commas to Put In" chapter of my book The Well-Presented Manuscript.) Since we register a punctuation mark as significant, if you leave out the optional punctuation, the perceived pace of the story increases--right up to the point where the reader gets confused, because of a lack of punctuation cues to the meaning of a sentence, and has to read the sentence again to make sense of it.

This is one reason shorter, grammatically simpler sentences help to increase the pace, while longer, compound or complex sentences slow it down. The other reason is that a sentence is a significant unit, and the reader will register it as such; if you have more sentences per page, the pace feels quicker.

Short paragraphs contribute to a perception of more rapid pace, as well. This is why dialog, with short sentences in rapid alternation, makes the prose seem to be moving along, even though using dialog to convey information usually takes more words than just telling the reader the same information.

Also, with very short lines of dialog, there are fewer words to the page, so the reader turns the page more quickly. Turning the page is an interaction with the text, and the reader's mind considers it salient. I recently heard (on an episode of the Writing Excuses podcast about thrillers) that publishers deliberately print thrillers in larger type with wider margins, so that the reader will turn the pages more rapidly. This increases the reader's experience of the book as being fast-paced.

On the same podcast episode, the podcasters discuss the way in which Dan Brown uses very short chapters to give a feeling of pace. Short scenes achieve the same thing.

Of course, everything I've said about ways to increase the pace--which you probably want to do in a thriller--applies in reverse when you want to decrease the pace, as you are likely to in other genres. Your literary exploration of several generations of one family, their lives, loves, and struggles, will naturally want a slower pace so that the reader can soak in the ambiance. Readers of different genres want different experiences of pace.

This is where the example of my short story comes in. When I received the feedback from the editor who said that the pacing was too slow, my first reaction was, "What's this person talking about? This story is 1800 words long and ends with a wizard fight."

What I did then, though, was go back and analyze the story using my Multi-Level Outline technique, which looks at all the structural elements side by side. What I discovered was that for the first two-thirds of the story, the main character didn't really do much. She asked questions, and she read, and she became older in each scene, but she didn't get satisfactory answers to her questions, and she didn't take any action to speak of. Then the last six hundred words consisted of the wizard fight and a rush of revelations. (The premise of the story is that a little girl is growing up in an enchanted castle, which looks after her, and is trying to find out why she is there.) 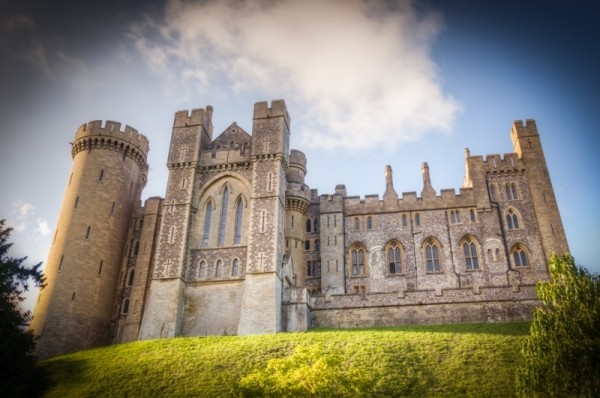 In my revision, I shifted some of the answers to the questions much earlier in the story, such as the main character discovering what her name was--the answer to the first question she asked--a third instead of two-thirds of the way through. I also shifted the story's structural midpoint, the point at which the character decides to take action, to about the 60% mark, and had her use magic even earlier than that.

What I was doing was shifting the salient structural points of the story--where something important changed in the fiction--so that instead of mostly clustering in the last third they were more evenly distributed.

Now, the effect of that was to pick up the pace overall, even though I added 200 words in the process. In fact, the pace was so increased that I received the opposite feedback about it; it was now too "rushed" for the second editor.

Clearly, I still have work to do on this story. But the feedback I received on it triggered off the thoughts that led to this chapter, which I hope will be useful to you in pacing your own stories. Also, having written this chapter, I'm now clearer in my mind about how I can control the story's pacing. I may well do so partly with mechanical changes, making the story elements longer.