Nothing is more likely to lead to arguments than definitions, but here we go.

Speculative fiction. It's a term that's used to cover SF, fantasy and (supernatural) horror, and the bits and pieces that fall in between and across those genres. Bizarro, weird, surrealist, magical realist, slipstream - you could toss them all into a broad definition of spec-fic, though it's more often used for SFF: science fiction and fantasy ("oh, and horror, I suppose" as an afterthought).

Let's look at the first word, though. "Speculative". Spec-fic is based around the idea of "what-if". In science fiction it's usually "what if this technology existed?", and in fantasy "what if magic existed?", though there are vast numbers of exceptions to those generalisations.

I'd like to argue, though, that after a particular trope becomes familiar enough, it's not "speculative" in the strongest sense any more. It's just a counterfactual setting. Everyone understands space opera, now. You have spaceships, probably warp or wormhole drives, quite possibly blasters and stunners, usually some kind of artificial gravity/antigravity, there's interstellar trade, there are space colonies, there may or may not be aliens of fairly predictable types (comedic, antagonistic, just plain weird). A space opera that only uses these tropes, that doesn't introduce anything new to them, can be an excellent and very enjoyable story, but it doesn't really speculate all that much. It's using a set of trope technologies established in the mid-20th century (notably, the computer technology isn't usually very advanced, sometimes not even as advanced as our actual present-day tech in a story written today), and has not very much to do with the current state of science. Writing a space opera of this kind is like writing a planetary romance: it's a literary genre that's become established with a certain set of assumptions and understandings about how things work, and we continue to enjoy it even though we know now that things don't really work that way.

Everyone, likewise, understands paranormal romance. There are supernatural creatures, most commonly vampires, werewolves, and/or Fae (in roughly that order of popularity). There may or may not be witches/wizards. These elements are, in many ways, background. They're furniture. They're not what the story is, in any strong sense, exploring, any more than a cosy murder mystery explores crime or a spy thriller explores international espionage.

In the short story field, in particular, referencing a trope can be a useful shortcut in a limited space, which enables you to get to the story itself without a lot of tedious explanation. I've become more aware of this as I write short stories. It's one of the tricky things about short stories in my Gryphon Clerks setting, especially, which is very different from the usual tropes in ways that I don't always want to dwell on, but which need to be conveyed somehow if the story is to make sense.

As well as these heavily troped settings, there's also a rising phenomenon - you can see it in the award nominations and the Best Of anthologies - of "literary" stories that have small, sometimes vanishingly small, spec-fic or counterfactual elements. For example, the Hugo-nominated short story "If You Were a Dinosaur, My Love," while a good story, is not speculative fiction by any rigorous definition. It contains speculation, but the speculation is counterfactual within the world of the story. 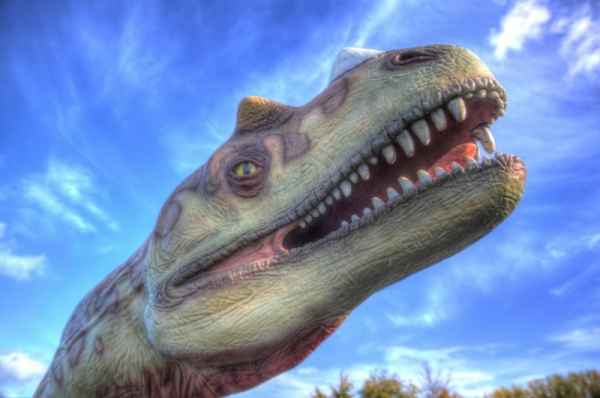 Now, I'm aware that I'm not going to bring about a revolution in which we all agree to save the term "speculative fiction" for fiction that actually, you know, speculates, and does so in fresh ways, and in which that speculation is at the heart of the story and couldn't be removed without killing the patient. For better or worse, and quite probably it's for better, "speculative fiction" has a broad definition rather than a narrow one. It includes the troped settings in which no new speculation is taking place, and the literary stories with a minor counterfactual that may not even make a difference to how the story goes.

What I would like to do is start at least a small amount of discussion about whether we could do with a few more terms. Maybe a spectrum of "tropedness" for subgenres like space opera and PNR, so we can talk about whether the story has just taken all its furniture ready-made from the archetypal space opera and pushed on with the action, or whether it's a story about what it might actually be like to be in space. Whether it's a vampire romance according to the usual template (so far as worldbuilding goes), or whether it's playing with, subverting, even adding to the tropes.

I'm starting to sound evaluative, so I want to make clear again: A heavily troped space opera can be highly enjoyable to read. Not having much original worldbuilding in your book can leave more room for character and plot, and if that's what you do with it, more power to your arm. If I'm reviewing, I probably will mention that it's on the familiar end of the familiar-to-fresh spectrum, and that I personally would like more freshness, but many other people will love it exactly because of the familiarity, and it is meet and right so to do.

Likewise, maybe a spectrum of "light" to "heavy" would be a useful way to talk about whether stories have speculative elements at their core or are using them more as decoration.

And finally, I personally would like more freshness and heaviness from time to time in my spec-fic. I hear good things about Anne Leckie's book Ancillary Justice in this connection, and I will probably read it at some point soon, even though it sounds darker than I usually like. There are still people writing spec-fic with a high level of speculation. The trick is finding them when there's not a clear vocabulary to describe such a thing.